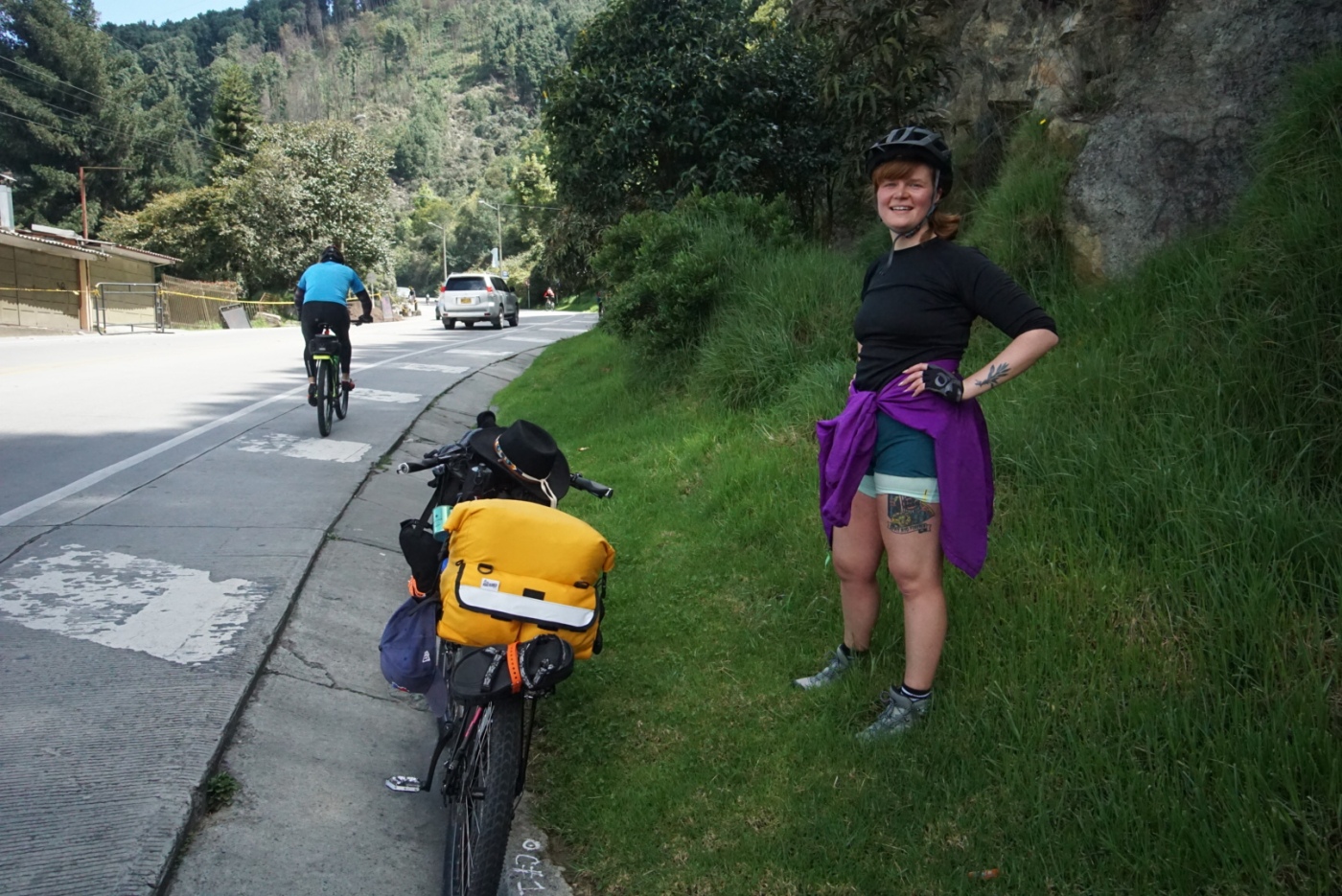 Wouldn’t be an adventure without adversity I guess. Our first day on Sunday December 9 started off well enough leaving Bogotá. Thousands of cyclists were out on the streets and we were able to join them for about 10km as we headed north through the city. After that we turned East to climb up and over our first mountain pass and first real test. We were up the the challenge (for the most part) but Olivia’s bike had other ideas.

Somehow during shipping the bikes down here, the limit screws on the rear deraulier seem to have shifted causing the chain to go over the large sprocket on the cassette when she shifted into low gear. The chain got caught between the plastic spoke protector and the cassette. We could not get the chain out as it was really wedged behind the cassette. I had to break the chain at the quick link and pull hard to get it out. We reattached the chain but did not have the ability to adjust the limit screws because we were on the side of a busy highway half way into a 6km climb. Olivia toughed it out staying in her third lowest gear so as not to cause the same problem by going into the lowest. Eventually we made it to the top and we were able to cruise down into the next town of La Calera where we got a hotel room and we were able to fix the bike up. Hopefully no more chain in the spokes!

Today we were able to cover a lot more ground as we had quite a bit of downhill which was great. We called it an early day today as well because I’m battling a head cold and need a bit of rest to get better. We made it to the town of Zipaquirá which had a huge central square and lots of barber shops. It a cute little town.

I’m hoping I feel better tomorrow and we can continue on our route towards Tunja. We have both realised are carrying too much stuff so we are wanting to ditch some of it in Tunja and ship it home before we head for our first real off road route which will take us from Villa de Leyva up to San Gill. You can read a bit about that route here.

2 thoughts on “A little bit of adversity to start…”